An evening with the Uzbek novelist, poet, and journalist Hamid Ismailov who reads from some of his latest work and dialogues with Professors Edward Tyerman and Harsha Ram about his creative practice, the experience of writing “”between the lines”” in both linguistic and generic terms, and his understanding of contemporary Central Asian literature.

Poetry in a Time of War: Voices from Ukraine and Russia 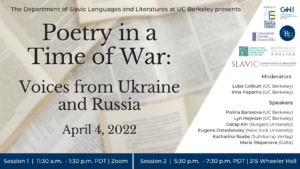 The Legacies of Ukrainian Culture 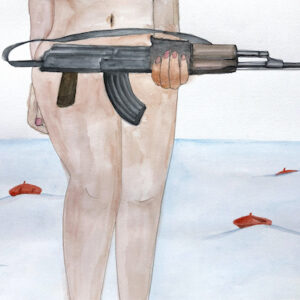 Thurs Mar 10 | 12 pm PTOnlineMore InfoIn a conversation moderated by Harsha Ram (Slavic Languages & Literatures and Comparative Literature), scholars and intellectuals share their perspectives on the trajectory of Ukrainian culture over the longer arc of history and in the contemporary post-Soviet era. Participants:Vitaly Chernetsky (University of Kansas), Ukrainian-American literary scholar and author of Mapping Postcommunist Cultures: Russia and Ukraine in the Context of Globalization.Mayhill Fowler (Stetson University), cultural historian and author of Beau Monde on Empire’s Edge: State and Stage in Soviet Ukraine.Alisa Lozhkina, independent art curator, historian, and critic, and author of Permanent Revolution: Art in Ukraine 20th to the early 21st Century.Steven Seegel (University of Texas, Austin), specialist in Eastern European critical geography and the digital and spatial humanities, and author of Mapping Europe’s Borderlands: Russian Cartography in the Age of Empire, Ukraine under Western Eyes, and Map Men: Transnational Lives and Deaths of Geographers in the Making of East Central Europe. Cosponsored by Slavic Languages & Literatures and the Institute of Slavic, East European, and Eurasian Studies.Artwork: Untitled (Detail) by Kinder Album, mixed media on paper, 2019, Lviv.

DEPARTMENT COLLOQUIA (Department members will be provided with Zoom information prior to each lecture):

“The Rabbit and the Duck: Stanislavsky and Meyerhold in the 1930s”
Lecture by Senior Lecturer Anna Muza (UC Berkeley)
Monday, March 15, 4pm

Please also save the potential dates for the collective reading of Evgenii Shvarts’s “Golyi Korol’.” They are 4 pm on Mondays January 25, February 8, February 22, and March 1. 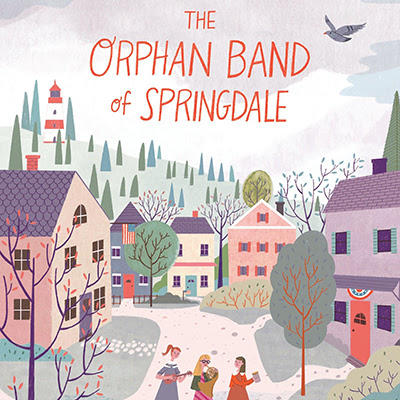 In her book of historical fiction for younger readers (ages 10-14) The Orphan Band of Springdale, Anne Nesbet (Slavic Languages & Literatures and Film & Media) tells the story of 11-year-old Gusta. It’s 1941, and tensions are rising in the United States as the Second World War rages in Europe. Gusta has been sent to live in an orphanage run by her grandmother in Springdale, Maine, after her father, a foreign-born labor organizer, has had to flee the country. As Gusta gets to know the rambunctious orphans at the home, she feels like an outsider at her new school, and she finds herself facing patriotism turned to prejudice, alien registration drives, and a burning family secret.

Nesbet’s previous novel for children, Cloud and Wallfish, won the 2016 California Book Award gold medal in juvenile fiction. A scholar of Russian and Soviet film, she is the author of Savage Junctures: Sergei Eisenstein and the Shape of Thinking.

Unless otherwise noted, all talks take place at 4pm in Dwinelle B-4.

Unless otherwise noted, all talks take place at 4pm in Dwinelle B-4.

September 9 Stuart Goldberg (Georgia Institute of Technology), “The Sincere Voice, or How Sincerity is Written and Read in Russian (and not only Russian) Poetry”