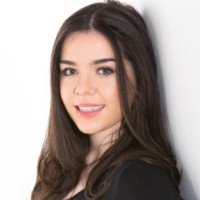 B.A in Modern and Medieval Languages, University of Cambridge, 2018

Research interests: The Nineteenth-Century novel; Empire and the “postcolonial”; Islam and mysticism in literatures of the Russian Empire, Soviet Union and CIS; Technology and the Avant-Garde; Ecocriticism